New Order's Bernard Sumner has said that Peter Hook's decision to tour Joy Division's albums "opened the gateways of hell". Hook's band The Light have recently been touring Joy Division's classic albums Unknown Pleasures and Closer in full and, in an interview with Billboard, Sumner said his old bandmate's shows had prompted him to work with New Order again. 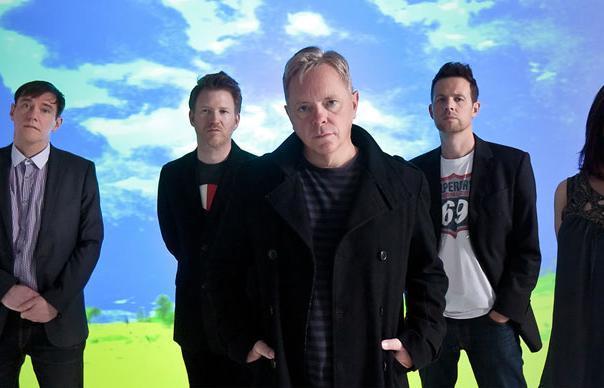 Hook’s band The Light have recently been touring Joy Division’s classic albums Unknown Pleasures and Closer in full and, in an interview with Billboard, Sumner said his old bandmate’s shows had prompted him to work with New Order again.

When asked if he would have carried on with New Order if Hook hadn’t played his Unknown Pleasures tour, Sumner responded: “Twenty million dollar question, that is. I don’t know. But we did think, why should we hold back if he’s doing that? He opened the gateways of hell.”

Sumner also gave his opinion on the bassist’s recent announcement that he will tour the first two New Order albums with The Light in January next year, stating: “I think it sucks to be honest. We found out that he was touring ‘Unknown Pleasures’ through the press. He didn’t tell us, which we thought was pretty low. It just seems like a real commercial thing to do.”

“He seems to be doing it for the money,” he added. “To me, Joy Division and New Order were never about that. I thought it was disrespectful to the rest of us. But I must admit that once he started doing it, we did think, ‘What are we doing holding back with New Order?’ So, in a way – if you’ll excuse the pun – he showed us the light.”

Speaking about his future plans with New Order, meanwhile, he said: “I’d just like to make another album. I’m getting a creative itch that I need to scratch. Playing live is great, but it’s not a creative thing, really. It’s a reproductive thing. I’d quite like to make an electronic record, because we’ve not made one for quite a while really.”

Hook recently published an autobiography, Unknown Pleasures – Inside Joy Division, in which he shares memories of his time in the band. Speaking to NME in the video which you can watch below, Hook revealed that he also plans to write a tell-all memoir of his time in New Order too, and promises plenty of “naughtiness” within.