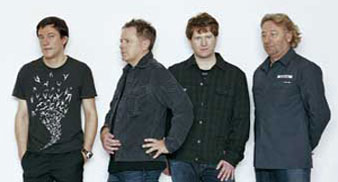 New Order have been forced to recall the collectors’ editions of their first five albums due to reported poor sound quality on the sets’ bonus discs.

Some tracks feature sub-par mastering with crackling and noise, and mislabelling of tracks on the CDs has also been reported by fans.

In a statement, the band said: “Warner Bros UK, Rhino and New Order regret that the initial pressings of the collector editions of ‘Movement’, ‘Power, Corruption And Lies’, ‘Low Life’, ‘Brotherhood’ and ‘Technique’ contain some minor audio problems on the bonus discs.

“We are now in the process of correcting the problems, but it should be noted that due to the age and condition of some of the original source tapes, the sound quality may vary.”