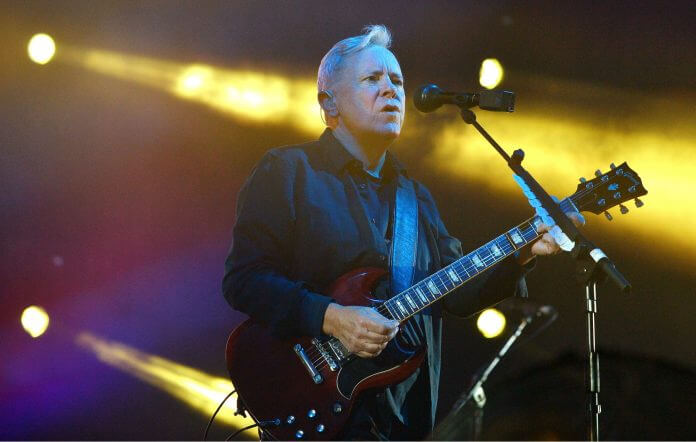 New Order have announced a one-off show in Halifax for next month – see all the details below.

The Manchester icons will take to the stage at the West Yorkshire town’s Piece Hall venue on Wednesday September 8.

Tickets go on general sale here at 10am BST this Friday (August 6). A pre-sale will be accessible to members at the same time the day before (August 5).

LoneLady and DJ Tin Tin will open for the band at the gig, with the former saying she is “delighted and honoured” to be performing. You can see the official announcement tweet below.

Ahead of our show at Heaton Park, we're delighted to announce a one off gig in Halifax on September 8th with @LoneLadyHQ and DJ Tin Tin.

New Order’s concert at The Piece Hall comes just two days ahead of their huge homecoming at Manchester’s Heaton Park on September 10. Marking the group’s first hometown show in four years, the event is promising to be “a defining moment in their illustrious career”.

Support comes from Hot Chip and Working Men’s Club on this date.

“We promise to bring a celebration like no other to Heaton Park in 2021, and we can’t wait to see everyone come together for a night we’ll never forget,” New Order said in a statement to announce the show.