As well as Return To Greendale, Rust Bucket and more

Neil Young has updated the timeline at Neil Young Archives to include dates for five upcoming archive titles scheduled for release during 2020.

First on the slate is shelved 1975 acoustic album Homegrown, which is given a release date of April 18 – Record Store Day – despite the album disappearing from the official RSD list over the weekend. 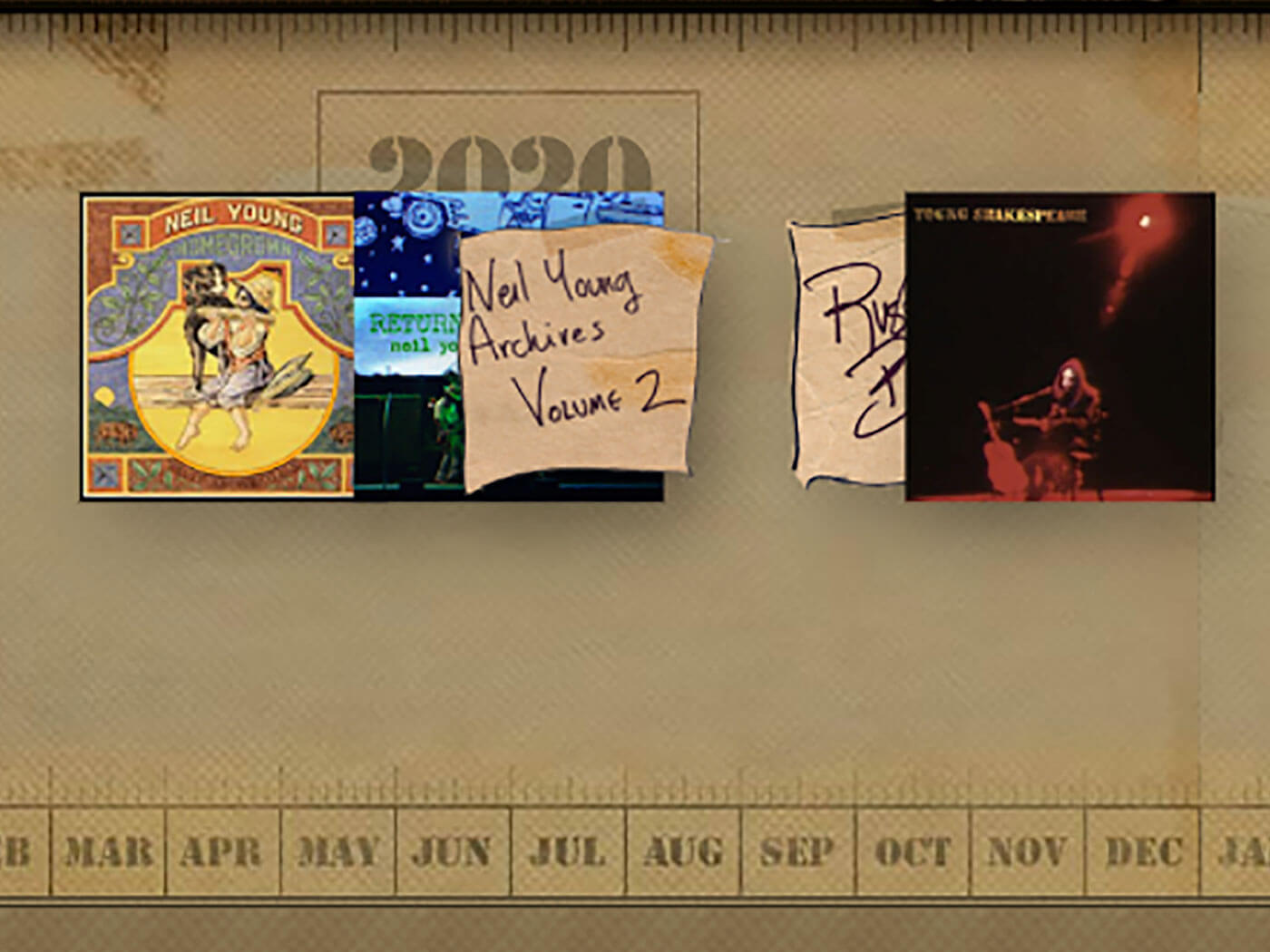 According to the timeline, it will be followed on June 19 by Return To Greendale, the concert film of Young’s 2003/4 Greendale tour; and most excitingly on July 24 by Archives Volume 2, reportedly covering the years 1972-82. It’s thought that it may contain unreleased albums Chrome Dreams and Oceanside/Countryside.

The other planned 2020 releases are Rust Bucket (October 16), a live album and film of a mammoth November 1990 show that Young has called “one of my all-time favorite Crazy Horse performances!”; and Young Shakespeare (November 27), another live release dating from January 1971, billed as the earliest known film of any Neil Young performance.