It's his first since Storytone... 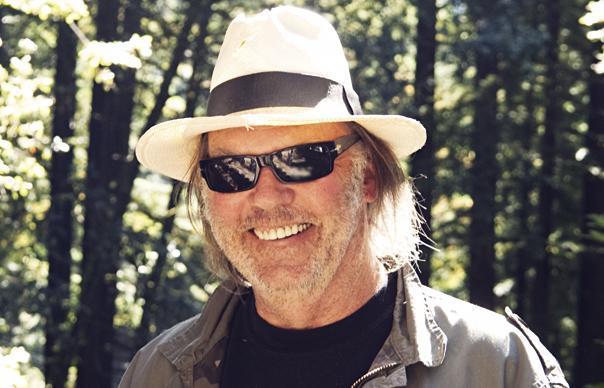 It’s his first since Storytone…

Neil Young has revealed during an interview at CES that he’s working on new material with Willie Nelson’s sons, Lukas and Micah.

Young, who last year released two albums, A Letter Home and Storytone, previously performed live with the Nelsons at Farm Aid, the Harvest the Hope benefit and the Bridge School Benefit in 2014.

Rolling Stone reports Young confirmed, “I’m working on another album now that I’m going to do be doing with Willie Nelson’s sons.” You can watch the interview with Young below.

Speaking to Uncut last year, Lukas Nelson said, “I would drop anything to go and be with Neil as much as he wanted.”

“Neil knows that we’d drop anything to be with him, and so do his guys, and we all get along with everybody. It would pretty much be really fun for all of us, so we’re excited to keep doing it, if it happens. If it doesn’t happen, then we’re very blessed to have had it happen a couple of times. I’ll never forget that.

“I guess I’ve known him for most of my life,” he continued. “Let’s see, Farm Aid started in 1985, and Dad did the first Farm Aid and Neil was a part of it, and so I think I met Neil… I was born in ’88, and I’ve been to most Farm Aids since then, I’ve only missed a couple. So I’ve known Neil for a long time. My whole life, really.”