Neil Young: “I could never do a retirement tour”

He discusses Harvest, CSNY and 2020 live plans in a new interview 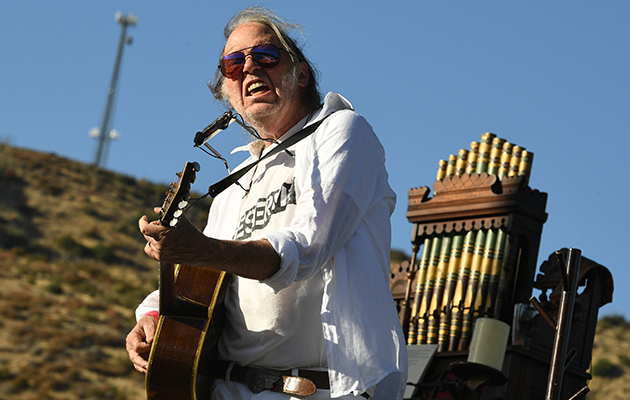 In a new interview with AARP, Neil Young has hinted at his touring plans for next year. Asked why he hadn’t booked a Crazy Horse tour to support new album Colorado, he first revealed that he’d turned down “millions of dollars” for a Harvest tour.

“Everyone who played on Harvest is dead,” he said. “I don’t want to do that. How about planting instead of harvesting? If I decide to go on the road, I’d like to do a democracy tour next year with different people that keep changing. Not right or left. Democracy is not you on this side and me on that side just to see who wins.”

Asked if he was planning to work indefinitely, Young replied: “I could never do a retirement tour. I’d feel like Cher. Don’t retire unless you really aren’t interested. I’m interested. It hurts a little to play now where it didn’t before. I don’t hear quite as well as I did before. My voice is not like it was before. Show me something that is like it was before. I feel good about the future. The idea is, do not stop moving.”

However, one item probably not on the agenda is a CSNY reunion, given the current frosty relationship between Young and David Crosby. “Crosby should write an introspective book: Why People Won’t Talk to Me Anymore,” said Young. “He made a lot of great music for a long time. I don’t know what happened with David. I got nothing to say. I love Stephen. I love Graham. If a reunion happens, it would be a surprise. I won’t close the door on anything. I can hold a grudge with the best of them but only if there’s a reason for it.”

This week, Neil Young also appeared on Conan O’Brien’s podcast, Conan O’Brien Needs A Friend, where he talked about the making of Colorado, licensing his music for adverts, and of course, the importance of preserving sound quality. You can listen to the interview here.