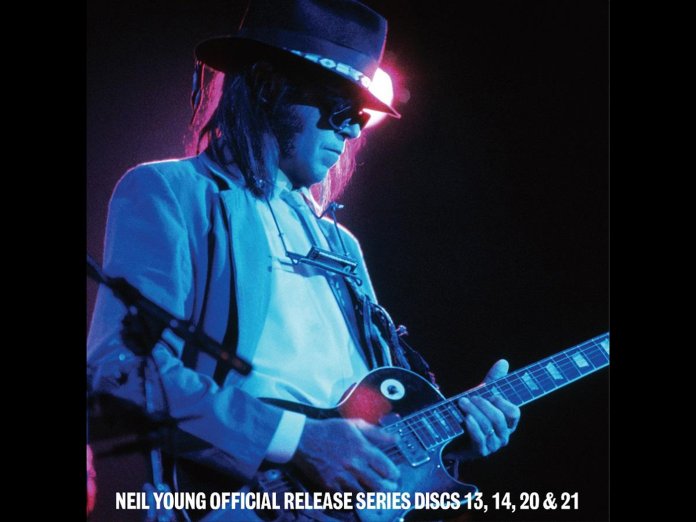 Official Release Series Volume 4 will be released as vinyl and CD box sets, both of which are now available to pre-order by clicking here. All pre-orders will receive an instant download of the Eldorado track, “Cocaine Eyes“.

The five albums in between Re•ac•tor and This Note’s For You – including Trans and Old Ways – are presumably not included in this series because the rights are owned by Geffen, to whom Young was signed between 1982 and 1987, when Young returned to Reprise.