N.E.R.D. and The Kooks to headline Isle of MTV 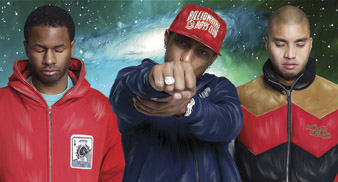 The Kooks and Pharrell’s rock band, N.E.R.D. have been announced as headliners for the Isle Of MTV festival, held on the Mediterranean island of Malta.

They join One Republic, Lady GaGa and Enrique Iglesias on 25 June.

After netting the MTV festival for three years, the Maltese tourist board are planning to hold an island-wide fiesta for three days before the concert.

The open-air finale will be broadcast to 147 million viewers across 20 MTV countries, but stay tuned to uncut.co.uk – We’ll be giving you the chance to win a trip to the Isle of Malta Special!