My Bloody Valentine London Tickets Sell Out In Four Minutes

All three of next Summer's shows are gone gone gone 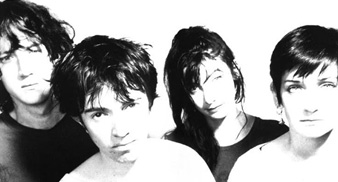 My Bloody Valentine have sold-out their three Summer dates within minutes of going on sale this morning (November 16).

As announced yesterday, Kevin Shields and the gang are to play three long awaited shows next year, in London, Manchester and Glasgow.

Tickets for the three shows went on sale at 9am, and by four minutes past, the London Roundhouse show on June 20 was already sold out.

The show at Glasgow Barrowlands on July 2 also sold-out by 9.15.

Manchester’s Apollo show on June 28 also sold out by 10am.