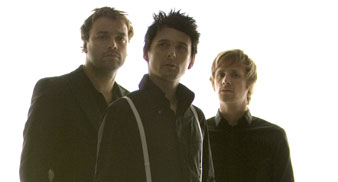 Muse‘s ‘Hysteria’ has been voted as the track which features the best bassline of all time.

In a new poll conducted by Musicradar.com, the bassline from the Devon trio’s 2003 hit single came out on top, with Rush‘s ‘YYZ’ in second place.

Queen held the next two places in the top ten, with ‘Another One Bites The Dust’ and ‘Under Pressure at Number Three and Four respectively. Pink Floyd were at Number Five with ‘Money’, while Metallica, Michael Jackson, Yes, The Who and Tool made up the rest of the Top 10.

Muse are currently in the studio working on their sixth studio album, which is due to be released in late 2012.

The 10 best basslines of all time were named as follows: