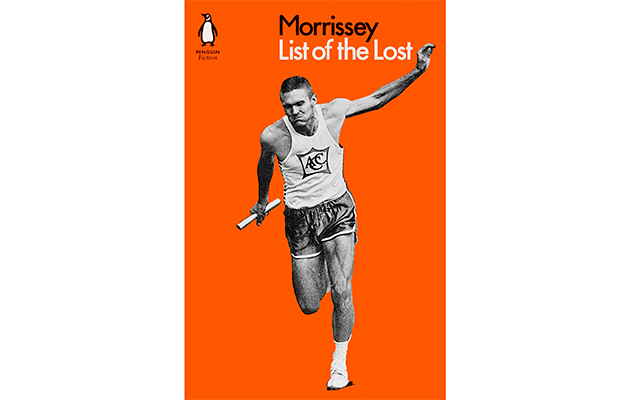 Fresh details have emerged about Morrissey‘s forthcoming debut novel, List Of The Lost.

According to a press release from Penguin Books, the title will be published on September 24, 2015 at £7.99.

The press release contains the following notes written by Morrissey.

“Beware of the novelist … intimate and indiscreet … pompous, prophetic airs … here is the fact of the fiction … an American tale where, naturally, evil conquers good, and none live happily ever after, for the complicated pangs of the empty experiences of flesh-and-blood human figures are the reasons why nothing can ever be enough. To read a book is to let a root sink down. List of the lost is the reality of what is true battling against what is permitted to be true”.

News of the novel first broke on August 22 via quasi-official fansite, True To You.

According to a post dated August 22, “Morrissey’s first novel, List of the Lost, will be published by Penguin Books (UK) at the end of September. The book will be issued in softcover/paperback as a New Fiction title, and comes almost two years after Morrissey’s very successful Autobiography publication of October 2013.

“Penguin Books will confirm an on sale date within this coming week. List of the Lost will be available in the UK, Ireland, Australia, India, New Zealand and South Africa.”

Morrissey launched his memoir at a book signing in Gothenburg, Sweden on October 17, 2013.

The book topped the best sellers chart in its first week of sale, selling just under 35,000 copies according to sales figures in trade magazine The Bookseller.

You can read the Uncut review of Autobiography by clicking here