Morrissey reveals he has previously undergone treatment for cancer

Morrissey has revealed that he has previously been treated for cancer, stating, "If I die, then I die. And if I don't, then I don't" regarding the procedures. 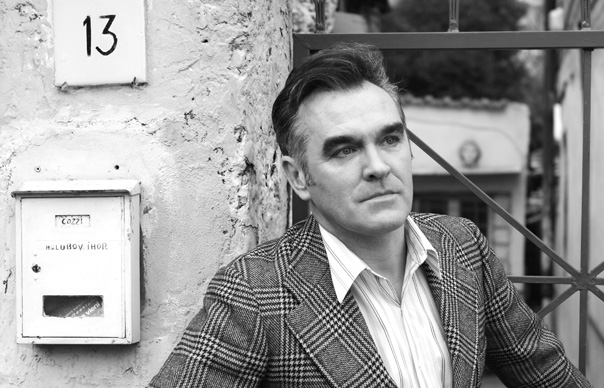 Morrissey has revealed that he has previously been treated for cancer, stating, “If I die, then I die. And if I don’t, then I don’t” regarding the procedures.

The singer has been hospitalised a number of times over the past years with several dates of a recent US tour cancelled due to ill health.

In a new interview with Spanish magazine El Mundo, however, the singer admitted for the first time that he had undergone a series of cancer-related treatments.

“They have scraped cancerous tissues four times already, but whatever,” he said. “If I die, then I die. And if I don’t, then I don’t. Right now I feel good. I am aware that in some of my recent photos I look somewhat unhealthy, but that’s what illness can do. I’m not going to worry about that, I’ll rest when I’m dead.”

The 55-year-old singer went on to state that now he is at an age where “nobody knows what to do with [him]”.

“[I’m] now at an age when I should no longer be making music,” he told the magazine. “Many composers of classical music died at age 34. And I’m still here, and nobody knows what to do with me. With luck I will be able to stop singing forever, which would make many people happy!”

In the interview, Morrissey also spoke about his recent departure from Harvest Records following the release of this year’s ‘World Peace Is None Of Your Business’.

Claiming that label executive Steve Barnett has “less brains than an artificial flower” and saying that the company “threw [him] out” rather than him leaving, the singer continued the ongoing dispute that saw him part ways with Harvest in August.

Meanwhile, Morrissey continues his European tour this week, with a UK date scheduled for London’s O2 Arena on November 29.