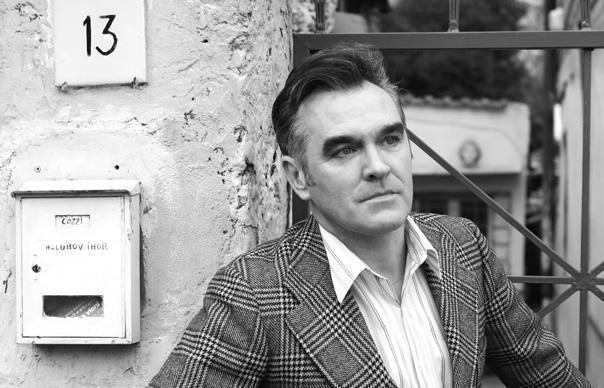 Morrissey has said he was “delighted” to see a bull gore a “serial killer” matador in Mexico City recently, adding that he was “sad the bull did not come away with [her] ear”.

In a post on his fan site True to You entitled “The shame of beloved Mexico”, the singer reprimanded the matador for her part in the “torment and slaughter” of the “defenseless” animal and for her subsequent interviews expressing a desire to kill it. “I felt delighted this week to see serial killer Karla de los Angeles justifiably gored in a bullring in Mexico City against her largely defenseless opponent,” Morrissey wrote.

“Make no mistake: there is no such thing as bullfighting. For the torment and slaughter of each bull there is an avowed plan and a strict script, so therefore there is no possibility of a contest of any kind. Yet there is the illusion of contest and action even if the order of events is very efficient – so efficient, in fact, that whenever the bull ‘wins’ it is reported that the event has ‘gone wrong’.”

The singer went on to address the matador’s radio interview last week, stating: “Driven by perverted impulse, Karla de los Angeles wants to kill another being that has actually posed no threat to her, and her radio comment following this week’s failed attempt to out-wit a dying bull had de los Angeles confessing: ‘I am sad because I could not cut off the bull’s ear.’

“Well, Karla, please understand this: we are sad that the bull did not come away with YOUR ear.”

Morrissey, a staunch vegetarian, has always been vocal about his pro-animal beliefs. In the past, he’s banned the sale of meat from his concerts, and last year teamed up with animal rights group PETA – to which he has donated to – for an animated video against factory farmed chicken. Last summer, the singer also revealed a new song entitled “The Bullfighter Dies” from his latest album World Peace is None Of Your Business. The song, which was accompanied by a spoken word video in which Morrissey is seen reciting the lyrics, was a call for the abolition of bullfighting.