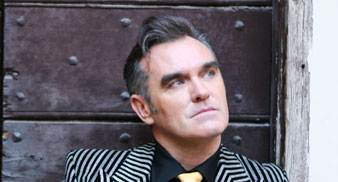 Beginning in Glasgow on December 2, the tour finishes off just before Christmas, to round off what has been a busy year for the Ex-Smith.

He released the Top 10 album “Ringleader of the Tormentors” and has played numerous arena tours and festivals in Europe.

However, this is his first arena tour of the UK this year.

Moz’s final lap of shows will be at:

Tickets go on sale at 9am on October 13. For availability go to
nme.com/gigs