Strokes guitarist and Tinariwen to appear at Uncut-sponsored festival 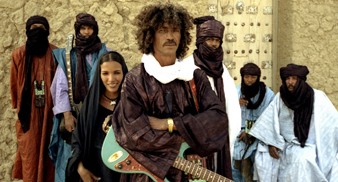 Albert Hammond Jr, the Strokes’ guitarist who earlier this year released his first solo album, “Yours To Keep”, has been confirmed to play the Uncut stage at Latitude 2007.

The festival, which runs from July 12-15 at Henham Park, Southwold, in Suffolk, will now also feature Rodrigo Y Gabriela, who will headline the Uncut stage on Saturday night, as well as Tiniwaren who join the line-up on the Obelisk main stage.

As previously announced, the festival will be headlined by The Arcade Fire, The Good, The Bad And The Queen and Damien Rice, supported over the weekend by Wilco, Jarvis Cocker, CSS, TRhe Rapture, The Magic Numbers, The National, Clap Your Hands Say yeah, Midlake, Gotan Project and Explosions In The Sky.