'Always Look On The Bright Side Of Life' finishes above songs by Robbie Williams and Frank Sinatra... 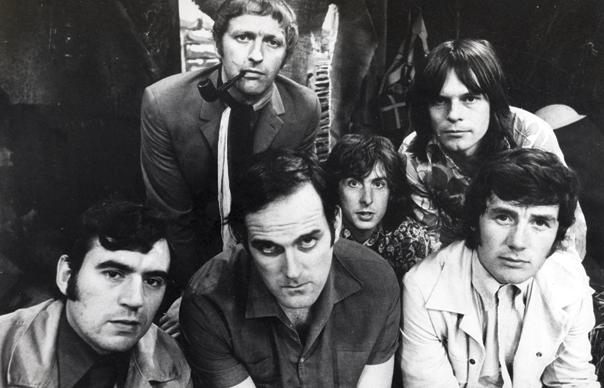 Monty Python‘s “Always Look On The Bright Side Of Life” is the most popular song played at funerals in Britain, a new poll has discovered.

The data gathered by Co-operative Funeralcare shows that the song, as featured in the 1979 film The Life Of Brian, was the most popular choice of the 30,000 funerals the group.

Just nine of the top twenty are traditional pieces of music, with TV themes and pop songs becoming increasingly popular. Robbie Williams’ “Angels” and “My Way” by Frank Sinatra both feature in the top ten alongside “You’ll Never Walk Alone” by Gerry & The Pacemakers.

Among the less expected choices that people have chosen to be buried to include the Match Of The Day theme tune as well as other songs from TV including Last Of The Summer Wine and Coronation Street.

Hinting at a move in fashion between generations, Co-operative Funeralcare’s operations director David Collingwood said: “We think we may be seeing a generational shift in attitudes towards funerals, and the choice of music being requested. Music plays such an important part in people’s lives that it now acts as the theme tune to their passing. Modern funerals are very much about personal choice, which can be reflected in the choice of music, dress, coffin, flowers, hearses or memorials.”

The Funeralcare top twenty is as follows: