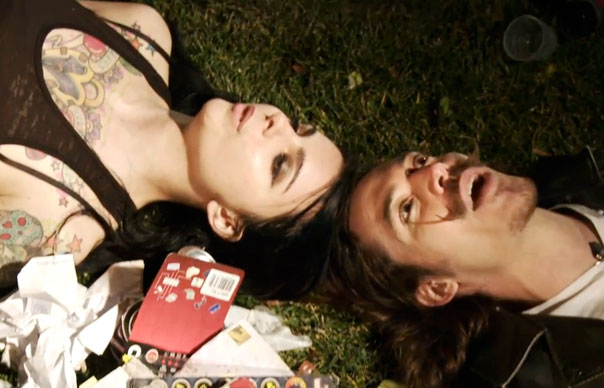 The track originally appeared on the ‘Twin Peaks’ director’s debut solo album, ‘Crazy Clown Time’ which came out in November. You can listen to the track by scrolling down and clicking on the video below.

Moby began his career by sampling ‘Laura Palmer’s Theme’ from the television series Twin Peaks for ‘Go’, the first single from his self-titled album. ‘Noah’s Ark’ is the first time Moby has remixed one of Lynch’s solo tracks.

Moby has said of the remix: “David Lynch is my friend and I love his movies and his art and his music. Few things make me happier than working with him.”

Supporting Record Store Day, Lynch has previously said of independent record shops: “People should support these stores as a place where you can still find and enjoy all the different kinds of music.”

The limited edition heavyweight vinyl single features the ‘Noah’s Ark’ remix on the A-side and a Vaughan Oliver etch on the B-side.