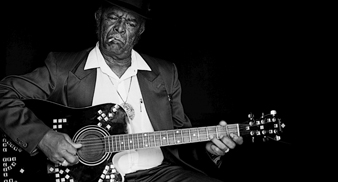 Robert “Wolfman” Belfour has been added to the bill for this years’ Spitz Festival of Blues, taking place in April.

The elusive musician, who rarely plays outside his hometown of Mississippi, will also play a handful of dates around the UK, prior to the Spitz Festival.

With most of his contemporary’s now sadly passed on, Robert Belfour is one of the last living authentic acoustic North Mississippi Hill Blues musicians still performing live.

Also headlining at The Spitz Festival of Blues are T-Model Ford, Holly Golightly and Gallon Drunk.

Belfour will precede his appearance at the Spitz festival with a handful of regional gigs, he will play:

Click here for further details about the Spitz Festival of Blues