Midlake Kicks Off End Of The Road 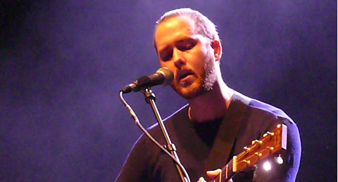 Texan indies Midlake played the Garden Stage of End Of The Road Festival to a packed crowd tonight.

Playing old favourites from 2004’s “Bamnan And Silvercork” alongside tracks from last year’s “The Trials of Van Occupanther”, the band played a low-key set with the focus firmly on the songs rather than the band themselves.

Crowd pleasers such as “Moscow”, “Roscoe” and “The Jungle” were played alongside new song “Children of the Grounds” and “The Pills Won’t Help You Now”, the band’s recent co-production with The Chemical Brothers, which received a more relaxed indie re-think here.

Singer Tim Smith kept talk to a minimum, but joked with hecklers about his hair – “it’s taken me 42 years to grow” – before going on to dedicate their now traditional set closer “Head Home” to festival organiser Simon Taffe. Read our review on the festival blog here.

Yo La Tengo are set to close the first night of End Of The Road, so check back to uncut.co.uk for the lowdown on the group’s set.