Bo was 'an enormous force in music' 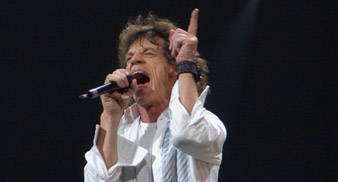 The Rolling Stones‘ frontman Mick Jagger has added his voice to the tributes to Bo Diddley, who died yesterday (June 2) after suffering heart failure.

“He was a wonderful, original musician who was an enormous force in music and was a big influence on The Rolling Stones,” said Jagger. “He was very generous to us in our early years and we learned a lot from him. We will never see his like again.”

Jagger joined the likes of US blues legend BB King, Franz Ferdinand and The Greatful Dead to honour Diddley. King said his legacy would “live on forever”.

Diddley died, aged 79, from heart failure at his home in Florida. He’d suffered a stroke in May, 2007, while on tour in Iowa, and then a heart attack in August.

Diddley was born Ellas Bates on December 30, 1928, in McComb, Mississippi. He began learning the guitar aged 10 and released his first record, “Bo Diddley” backed with “I’m A Man”, in 1955, on the Chess-Checkers label.

He then went on to release some of the great, formative rock’n’roll records that saw him develop as one of the key pioneers of the electric guitar.

His music proved hugely influential on the Rolling Stones, the Who, The Clash, Bruce Springsteen and Elvis Costello.

Read our full obitrary of a guitar hero remembered by clicking here.