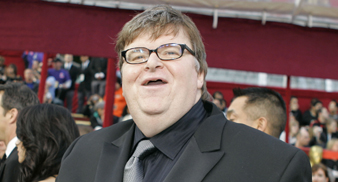 Oscar winning director Michael Moore is to make his latest film “Slacker Uprising” available as a free download this month, as a “gift” to fans.

The film, the follow-up to last year’s “Sicko”, marks his 20th anniversary as a film maker, and will be available for free, for three weeks from September 23.

Slacker Uprising follows Moore as he travels across America trying to persuade people to vote during the presidential race in 2004.

Previous films include 2002’s Bowling For Columbine for which he won the best documentary Oscar and “Fahrenheit 9/11.”