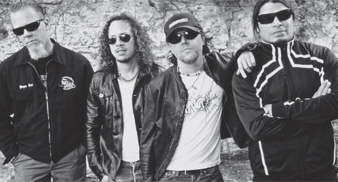 Not so long ago, Metallica’s relationship with their fans was rather strained, typified by their wholehearted pursuit of filesharers. Now, though, they want to be your friend.

To that end, they’ve announced that their show at the O2 Arena on September 15 (and one at Berlin O2 World on September 12) will cost only £5 per ticket.

Tickets, cunningly, are only available to fan club members and subscribers to www.missionmetallica.com. Proceeds will be going to charity.

It’s all part of this season’s Metallica onslaught, timed to coincide with the release of the reputed return-to-form “Death Magnetic” on September 12, and a lead single, “The Day That Never Comes”, that will be available on iTunes from August 22.

Oh, and they headline Reading and Leeds festivals this weekend (Leeds on Friday 22Aug and Reading on Sunday 24 Aug).