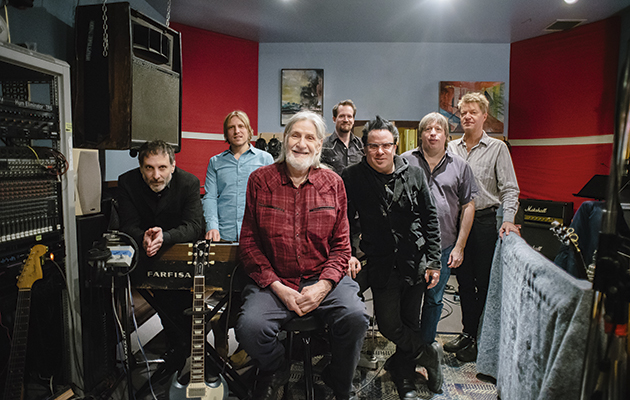 Despite both having long associations with the town of Woodstock, Mercury Rev didn’t cross paths with Peter Walker until recently. As Sean ‘Grasshopper’ Mackowiak tells Uncut: “I knew [Walker’s 1966 album] Rainy Day Raga pretty well, but I didn’t know any of the music he’d made recently. He said he had played harmonica when he left home at 14, so I wanted him to play harmonica. He also said he had played slide guitar during the ’60s, so we wanted him to do that as well. We wanted him to do stuff he hadn’t done in a while, along with the Indian and Spanish music he plays now.”

You can pre-order Lachesis/Clotho/Atropos here and read much more about the collaboration in the next issue of Uncut, out next week (August 16).