She had suffered a stroke 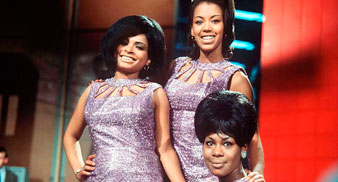 Marvelettes co-founder Gladys Horton has died at the age of 66.

The singer’s son Vaughn Thornton confirmed that she passed away on Wednesday (January 26) at a nursing home in Sherman Oaks in California. She had been recovering from a stroke, reports BBC News.

Horton formed the Marvelettes, who were signed to Berry Gordy‘s Motown label, with her schoolfriend Georgia Dobbins in 1960. They had their only US Number One single a year later with ‘Please Mr Postman’, which was also the first chart-topper for the label.

The Beatles later covered the track, as did The Carpenters who took it to the top of the US charts again in 1974.

Horton left the band in 1967 to get married, having been replaced as the group’s lead singer by bandmate Wanda Young Rogers.