Down The Road Wherever is due out on November 16 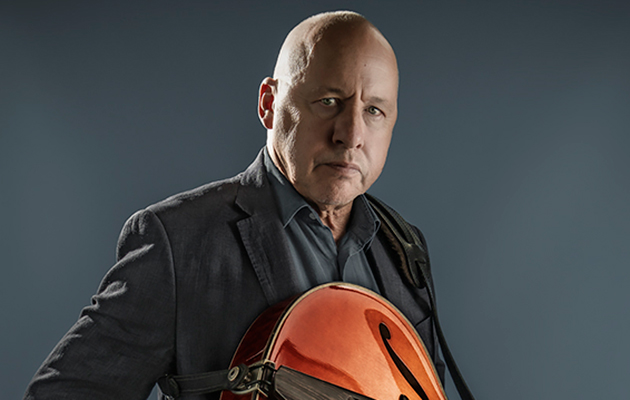 Mark Knopfler has announced that his new solo album, Down The Road Wherever, will be released on November 16 on his own British Grove label via Universal/Virgin EMI.

All songs are written by Mark Knopfler apart from “Just A Boy Away From Home” where he shares the credits with Rodgers and Hammerstein, as the song uses a piece of “You’ll Never Walk Alone” to spin its tale of a lone Liverpool fan wandering the empty streets of Newcastle after midnight.

Other topics broached on Down The Road Wherever include his early days in Deptford with Dire Straits, the compulsion of a musician hitching home through the snow, and a man out of time in his local greasy spoon.

“You get to an age where you’ve written quite a few songs,” says Knopfler. “But Down The Road Wherever seems to be appropriate for me just because it’s what I’ve always done. I’ve always tried to make a record and also to keep my own geography happening in the songs.”

Down The Road Wherever will be available on digital, CD, double vinyl (with one bonus track), deluxe CD with two bonus tracks, and a box set that will include the album on both vinyl and deluxe CD and an additional 12” vinyl EP with four bonus tracks, a 12” print of the artwork and a 12” guitar tablature of a selected song. The album is available to pre-order here.