The singer has just scored her 18th chart topping single 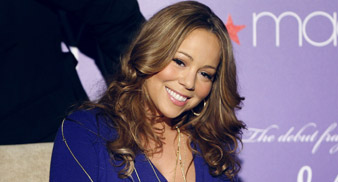 Her 18th number one taken from her new album E=MC2 is currently number one in the Billboard Hot 100 and download chart.

Only The Beatles have achieved more US number ones, with a score of 20.

Speaking to AP News Carey said she didn’t see herself as being fairly compared to artists such as Presley or the Fabs. She said: “I really can never put myself in the category of people who have not only revolutionised music but also changed the world, that’s a completely different era and time.”

She also said that trying to set sales records was not a priority, saying: “I’ve gone through enough of my life worrying about that kind of thing”.