The Welsh trio are added to the Rock Ness music bash 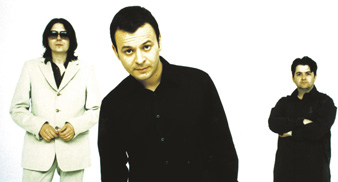 The Manic Street Preachers have been confirmed as the latest additions to the Rock Ness music festival bill.

They join previously announced headliners Daft Punk and the Chemical Brothers at the two-day June event set on the banks of the historic Loch Ness, near Inverness in Scotland.

They will play the Xfm Outdoor stage on Sunday June 10.

The rock trio will perform tracks of their much-anticipated new album “Send Away The Tigers”, as well as anthemic tracks such as “Everything Must Go” and “A Design For Life” from throughout their career.

Rock Ness is fast gaining critical acclaim for its inspired leftfield music policy, further endorsed over the weekend by a raft of special guests. These include The Automatic whose massive Fatboy Slim-remixed hit ‘Monster was one of the highlights of Rock Ness 2006, The Feeling, Cuban Brothers, Radio Soulwax and Dub Pistols.

Tickets for Rock Ness are on sale now, and cost £45 per day or £85 for the weekend. A campsite will be set up adjacent to the main festival site – with panoramic views of Loch Ness. Camping tickets cost £15.