Manchester Music Festival Co-Founded By Tony Wilson To Go Ahead

In The City takes place next month, and there's still time to apply for a gig 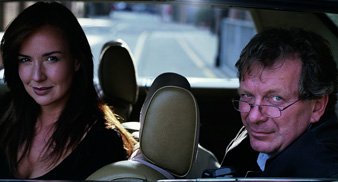 Manchester’s annual In The City event showcasing new artists and bands is to go ahead as planned from October 20 – 22, despite the sad loss of it’s co-founder, music mogul Tony Wilson, earlier this month.

The three day event consisting of talks by day and a city-based music festival by night, will this year work under the banner “It’s A Brand New Dance, But We Don’t Know It’s Name” taken from Bowie’s ‘Fashion.’

Talking to his partner and ITC co-founder Yvette Livesey before his death, Wilson said wanted ITC to ‘carry on, no matter what happened.’

The event’s showcase bands, keynote speakers and panellists will be announced in the coming weeks.

Any bands wishing to appear at this years showcase gigs still have a few days to submit a demo. Deadline for submissions is this Friday (August 31).

Interested artists should send three tracks, a biog and a photo to:

ITC has in the past helped launch the careers of Oasis, Radiohead, Suede, Elastica, Coldplay, The Darkness, Doves, Foo Fighters, Elbow, the Stereophonics, Muse, Orson and many others.

More information about this year’s In The City is available here.

Also, an official website dedicated to Tony Wilson has been launched in response to the emotional outpouring from around the world. You can leave a message here at www.anthonyhwilson.com.