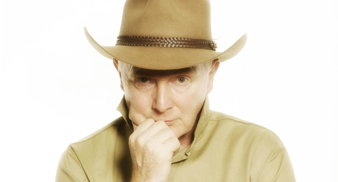 Former Sex Pistols manager Malcolm McLaren has died aged 64, it has been confirmed.

McLaren had been suffering from cancer and passed away this morning (April 8) in New York, reports the Independent.

Born in 1946 in London and raised in the Stoke Newington area of the city, McLaren studied at art schools including St Martin’s College Of Art and Goldsmiths College.

Before managing the Sex Pistols, from 1975 to 1977, McLaren ran Let It Rock, a clothing store in London, with designer and then-partner Vivienne Westwood. The couple had a son together, Joseph Corre. The shop was later re-named Too Fast To Live Too Young To Die, and then, most famously, SEX. It was here that John Lydon auditioned for the role of Sex Pistols‘ frontman, miming to an Alice Cooper record on the jukebox. McLaren also worked with the New York Dolls shortly before launching the Sex Pistols.

McLaren also took part in several of his own musical projects, releasing the first of his own albums ‘Duck Rock’ in 1983, and having UK hits with the likes of ‘Buffalo Gals’, ‘Double Dutch’ and ‘Madame Butterfly’. He also worked closely with Bow Wow Wow and Adam And The Ants.

He went on to release albums throughout the 1980s, ’90s and ’00s, most recently last year’s ‘Shallow – Musical Paintings’.

In later life McLaren hinted that he may run for Mayor Of London (he never officially launched a campaign), and signed up to appear on reality TV show ‘I’m A Celebrity…Get Me Out Of here!’, though he never actually appeared on the show.

McLaren‘s body is now set to be flown to London to be buried in Highgate cemetery.