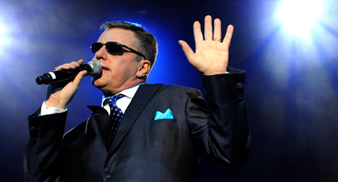 Madness are to headline a show at London’s Royal Albert Hall, as part of this year’s Teenage Cancer Trust series of events.

The band who have a new album ‘The Liberty Of Norton Folgate’ due for release this Summer, and have recently completed a UK Arena tour will play the opening night of the London TCT gigs on April 8.

Teenage Cancer Trust have also revealed details of their first eveer ‘Sessions’ evening — with the first one taking place on April 13, also at the Royal Albert Hall.

Artists who are so far confirmed for sessions include Joan Armatrading and David Gray.

Tickets for the previously announced Muse and Paul Weller shows are sold out but there is currently a limited availability for the Fratellis and Noel Fielding gigs.

Previous years have seen artists such as The Who, Oasis, Coldplay, Jimmy Page and Robert Plant, Eric Clapton, The Cure and Madness all perform.

Tickets and more information about this year’s shows are available from: Teenagecancertrust.org

The full line up announced so far is:
Madness plus guests (April 8)
An evening of comedy hosted by Noel Fielding plus guests (9)
Paul Weller and Steve Cradock with special guest Duffy (10)
The Fratellis, Figure 5 plus guests (11)
Muse plus guests (12)
TCT Sessions: Joan Armatrading, Amy MacDonald, David Gray and Newton Faulkner plus more guests(13)