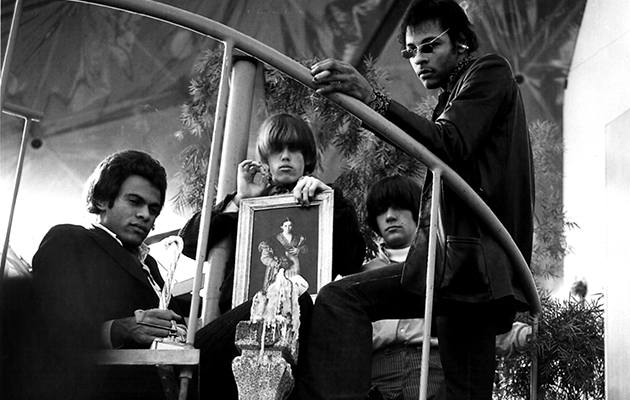 The legendary album, mostly written by frontman Arthur Lee and released in November 1967, was planned as a conceptual, narrative-based release.

“We had planned to do songs that fitted together and told a story,” says Echols in the current issue of Uncut, which is on sale in UK shops and available to buy digitally. “But the story is not complete as not all of the music that was written for the story was recorded. You don’t get the full impact. And that’s sad – it’s like watching a movie with the middle or the end taken out.”

The guitarist explains that the album was originally planned to include songs by him, as well as more songs written by the group’s second songwriter, Bryan MacLean. The version of Forever Changes that was released only featured two by MacLean – opening track “Alone Again Or“, and “Old Man“.

“I wouldn’t have done a double,” argues Elektra label boss Jac Holzman. “You have to have the material to produce enough material for two records that would mean something. I didn’t think they had it. But when I heard the finished thing, I was in love with it.”

Echols, Holzman, Love drummer Michael Stuart-Ware and producer Bruce Botnick explain the full tale behind the making of Forever Changes in the new issue of Uncut, out now – while the musicians in Arthur Lee’s later Love groups reveal how the songwriter grew to understand the record decades later.