See the video to 'O Superman' here too 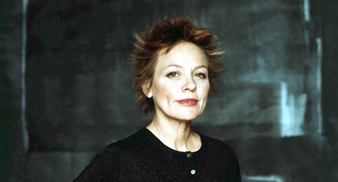 A new recording of Laurie Anderson’s 1981 single ‘Big Science’ is to be released coinciding with the 25th anniversary reissue of her debut album, ‘Big Science.’

Featuring contributions from Lou Reed and Antony Hegarty, on the reworking of ‘Big Science 2′; this is the second time Reed, Hegarty and Laurie have recorded together – the three artists sang on Lou Reed’s album 2003 album ‘Raven.’

As described in a four-star album review in this month’s birthday edition of UNCUT, the song “with its minimal pulse and vocoderised intonations, reflected a theme central to the time, that of a fear of rapidly expanding technology.”

Uncut.co.uk has a video stream of ‘O Superman’ for you to view by clicking here:
Windows Media
lo / hi

The ‘Big Science EP’ is reissued by Nonesuch Records on July 16.