'Bird On A Wire' to be shown at Welsh event 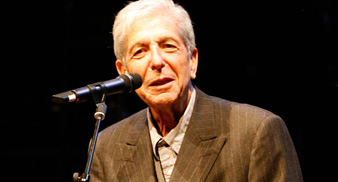 A Leonard Cohen documentary filmed in 1972 but never released to the public is finally set to be premiered – at the Green Man festival next month.

‘Bird On A Wire’ documents Cohen‘s European tour of that year, but due to artistic wrangling was never officially released. It will be screened at the Welsh event, which takes place on August 20-22 at Glanusk Park, Powys.

The screening will be followed by a question and answer session with the film’s director, Tony Palmer, and producer Steven Machat.

The Flaming Lips, Beirut and Billy Bragg are among the acts set to play at the festival. at the event at Glanusk Park, Powys between August 20-22. See Greenmanfestival.co.uk for more information.