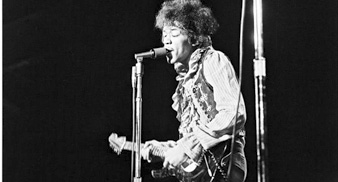 Stills recently found the recording among a stack of material he taped during the 1970s, and is due to be released by his Crosby, Stills and Nash bandmate Graham Nash.

“He has an enormous history of recording,” says Nash in an interview with the Las Vegas Sun.

“In the ’70s, he was a recording fool. He just found a bloody album he made with Hendrix. ‘Oh yeah, I forgot that.’ We’ve got to listen to that… I want to listen to every track he ever recorded in case he recorded with Al Jolson.”

The lost album is one of thirteen projects Nash is currently pursuing including an acoustic show he performed with David Crosby in 1993, boxsets of his solo work dating back to 1964 and a CSN demos album.

“When I was putting together a box set for CSN that came out 10 years ago, I found 54 of our demos,” said Nash.