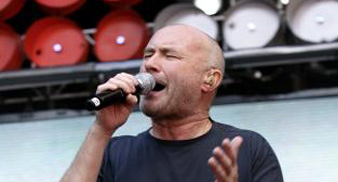 The global Live Earth concerts to highlight climate change took place all over the world this weekend, July 7.

The London show took place at Wembley Stadium, opening with a performance from the newly reformed Genesis.

Phil Collins and co played their 1982 instrumental track ‘Duke’ as well as ‘Land Of Confusion’ and ‘ Invisible Touch.’

Highlights of the night were the rockier bands like Metallica, who were due to play their own headline show at the Stadium on Sunday, and Foo Fighters.

Duran Duran appeared at Wembley for the second weekend running, after playing the Concert For Diana last week. They opened their three song set with their semi-themed hit ‘Planet Earth’.

Shows around the world included star-turning performances from The Police in New Jersey, Crowded House in Australia and Yusuf Islam (Cat Stevens) in Germany.

Former US Vice-President, and organiser of the Live Earth concept, Al Gore’s good intentions have been criticised widely by people within the music industry as well as by environment agencies.

However, the organisers of the events insist that they made the concerts as eco-friendly as possible – spending proceeds on energy efficient light bulbs and only choosing artists who were touring at the time to keep their carbon emissions as low as possible.

Organisers at Wembley however were left wondering if London concert goers were purely at the pop event for the music not the eco-credentials. After a request from Al Gore to the audience to dispose of their rubbish in the recycling bins provided, thousands of plastic cups and food containers were left strewn all over the floor of the Stadium.