Reacquaint yourself with Shack's back catalogue ahead of 'Best of' release 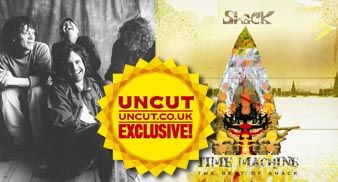 Uncut.co.uk is giving you the chance to reacquaint yourself with Shack‘s back catalogue ahead of the release of their upcoming retrospective “Time Machine“, which is out next month.

By following the link below, you can get exclusive access to a Shack Jukebox, where you can play selected tracks from among the band’s many career highlights. We recommend you start off with the great “Pull Together”, and take it from there.

The project of Liverpudlian brothers Mick and John Head, Shack have always had fans among music critics (NME called Mick “Britain’s best songwriter”), and musicians (the LP is on Noel Gallagher’s Sour Mash label). Now you can hear why.

You can read Uncut’s John Mulvey on the band here.

‘Time Machine’ will contain the following:

Shack are also about to announce a full live tour to accompany the album’s release on September 10. Keep checking uncut.co.uk for updates. We will have a pair of tickets for one of shows to giveaway too.