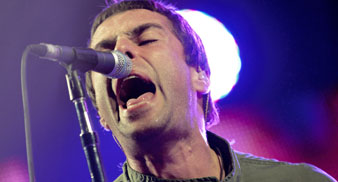 Liam Gallagher has declared that he wants Johnny Depp to star in his forthcoming Beatles feature film.

The Beady Eye mouthpiece has set up a company, In 1 Productions, to make a film adaptation of the book The Longest Cocktail Party: An Insider’s Diary Of The Beatles, Their Million Dollar Apple Empire And Its Wild Rise And Fall. The book is by Richard DiLello and features an account of life with the band between 1968 and 1970.

The singer and and In 1 Productions are collaborating in the project with Revolution Films, whose co-founder is Andrew Eaton, producer of 2002 Factory Records biopic 24 Hour Party People.