Levon Helm, singer and drummer with The Band has died, aged 71. 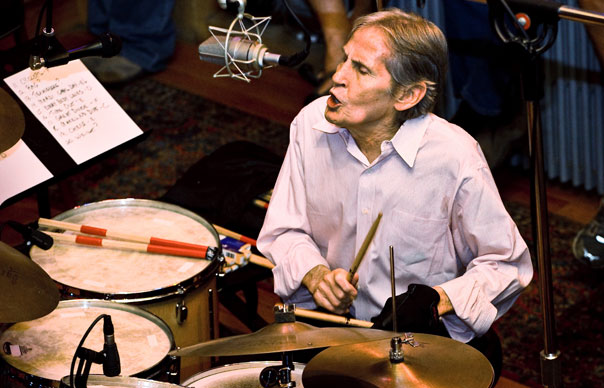 Levon Helm, singer and drummer with The Band has died, aged 71.

The news was announced in a message posted by his family on Facebook and Twitter, which read: “Levon Helm passed peacefully this afternoon. He was surrounded by family, friends and band mates and will be remembered by all he touched as a brilliant musician and a beautiful soul.”

The Mountain Goats posted “I am sad Levon Helm is dead that guy was great in every way long live Levon Helm’s spirit in all the musicians his life has touched” while BBC 6 Music DJ Lauren Laverne wrote that it was “awful news”.

The Band released their debut album, ‘Music From Big Pink’, in 1968, and went on to perform at the legendary Woodstock Festival in 1969. Their final show in 1976, which saw guest appearances from Bob Dylan, Emmylou Harris and Neil Young, was the subject of the acclaimed Martin Scorsese documentary, ‘The Last Waltz’. The band went on to reform in the early 1980s, splitting for good in 1999 upon the death of Rick Danko.

Levon Helm won the Grammy Award for Best Americana Album in 2010 with ‘Electric Dirt’ and in 2012 for the live album ‘Ramble At The Ryman’.

Watch Levon Helm and The Band performing ‘The Night They Drove Old Dixie Down’ and ‘The Weight’ from ‘The Last Waltz’ below: