New York avant-punks warm up for their NME show 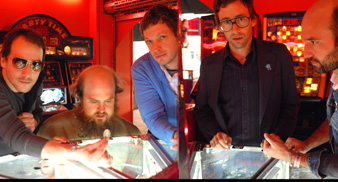 The New Yorkers will play Bedford Esquires on February 9, the day before their gig at London’s Astoria.

They will be supported by Future Of The Left, Los Campesinos! and Cut Off Your Hands at the London date.

The band are returning to the UK following the positive reception to their most recent album, “Let’s Stay Friends”, released last September.

Notably, the album was placed at Number 24 in Uncut’s Albums of 2007, while NME awarded it 5th place in their poll.