Leonard Cohen’s You Want It Darker: what we know so far

His 14 studio album is released in the autumn 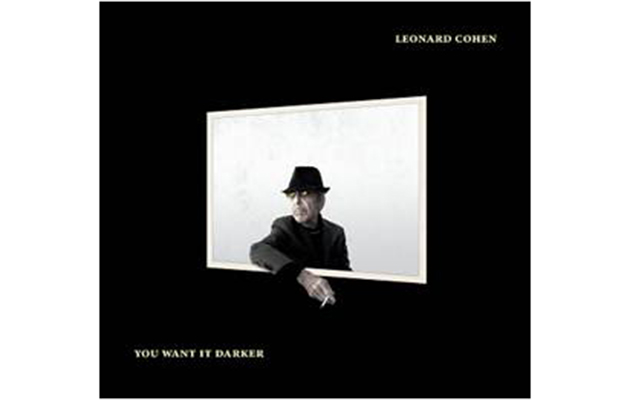 June was an unexpectedly busy month for seasoned Leonard Cohen watchers. First, he shared a snippet of new song “You Want It Darker” during a scene in the BBC drama Peaky Blinders. Admittedly, it’s barely a minute long but it suggests the album will continue the bleak, ravaged tone of his last studio album, Popular Problems: “If you are the dealer / Let me out of the game / If you are the healer / I’m broken and lame”. A few weeks later, The New Yorker published a new poem by Cohen called “Steer Your Way”, which found the singer musing on the slow, unwavering process of mental and spiritual evolution in the face of confounding moral uncertainties – “Year by year / Month by month / Day by day / Thought by thought”.

Both “You Want It Darker” and “Steer Your Way” are scheduled to appear on Cohen’s latest album, which was announced last week. Among other things, You Want It Darker continues Cohen’s run of brilliant album titles (this one feels particularly pertinent in the year of Trump, I think) but critically it underscores a remarkable burst of activity – three studio albums in six years – similar to Cohen’s creative streak during the Seventies.

You Want It Darker has been produced by his son, Adam, who has since written on Facebook page about the album’s “haunting vocal performances, stirring lyrics, classic melodies”. Speaking to Uncut in 2014, Adam Cohen described his father as “on the very upper floors of the tower of song” – a high standard Cohen snr has rarely, if ever, failed to maintain.

What else do we know? Two songs from You Want It Darker feature the cantor and choir from Congregation Shaar Hashomayim, the Quebec synagogue where, aged 13, Cohen celebrated his bar mitzvah. It transpires that the album was played in full during The 10th Leonard Cohen Event in Amsterdam earlier this month; posts on the Leonard Cohen forum have specifically highlighted one song, “Treaty”, as a standout, describing it as Cohen “making peace, not only with his Maker, but with everyone and all things”. Enticingly, it seems that Cohen’s long-serving collaborator Patrick Leonard revealed that the songwriter is already at work on his next album: an orchestral work, no less.

Cohen’s current profile might have its roots in expediency and the financial crisis that forced him back on the road in 2008. But the fastidious poetic vision, high seriousness and self-deprecating wit remain as pronounced as ever. The songs about love and sex and faith and death continue to come; and, as ever, Cohen responds with grim vigor and great writing. At the end of July, Marianne Ihlen, Cohen’s muse, died from leukaemia. Cohen wrote to Ihlen a few days before he died. Typically, his letter offers wisdom and warmth. “Well, Marianne it’s come to this time when we are really so old and our bodies are falling apart and I think I will follow you very soon. Know that I am so close behind you that if you stretch out your hand, I think you can reach mine.”

The tracklisting for You Want It Darker is: