Who wouldn't want one of these? 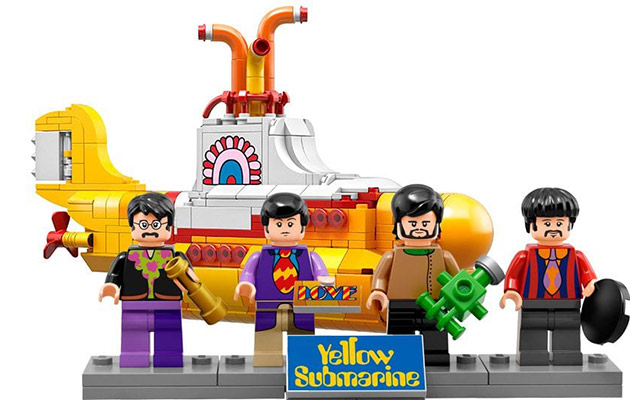 The Beatles‘ Yellow Submarine has been immortalized in Lego.

The set was the suggestion of Kevin Szeto, who put forward the request to the toy company’s ideas section.

Szeto said, “As an amateur musician and songwriter, I have always been drawn to the music of The Beatles. The creation of the Yellow Submarine model was really my way of showing my affection for The Beatles, as well as trying to pay a small tribute to The Beatles phenomenon. The Yellow Submarine is bright, fun, and colourful, which also made it a good subject to translate into LEGO form.”

He added: “I watched the film when I was younger and was really inspired by how it oozed so much imagination – comparable to how I view Lego elements.

“I’m also a massive fan of The Beatles, having grown up with their music all my life, so to see The Beatles in Lego form is a dream come true.”