Catwoman passed away at Christmas from cancer aged 81 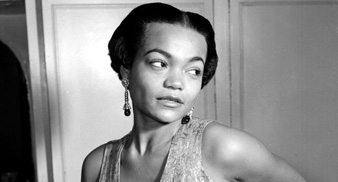 Most famous for singing the 1963 Christmas hit “Santa Baby”, Kitt was also an actress and singer in New York musicals and cabaret shows.

Kitt throughout her career was nominated for Tony, Grammy and Emmy awards, winning two Tonys in 1978 and 2000 for roles in the musicals Timbutktu! and The Wild Party, respectively.

Working with the legendary Orson Welles in 1950’s ‘Dr Faustus’, Welles famously described Eartha as “the most exciting woman in the world”.

Kitt was also famous for playing the role of Catwoman, in the 60s Batman television series.

She took over the role of Catwoman for the third season of the 1960s Batman television series,