Legendary DJ John Peel Has Train Named After Him 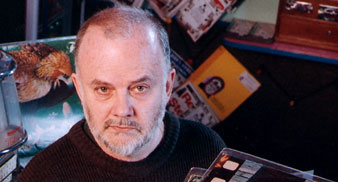 John Peel the avid music fan and longtime Radio 1 DJ, who passed away four years ago is to have a train named after him at a ceremony this week (October 23).

The tribute train will be officially launched by Peel’s widow Sheila Ravenscroft, family and friends at a dedication ceremony at Liverpool’s South Parkway station at around 3pm this Thursday.

The band Amsterdam, who recorded what Peel named his second favourite song ever “Does This Train Stop At Merseyside? will also join in at the ceremony, and the band’s frontman Ian Prowse will perform the song live.

About the song, his wife has previously said: “John just loved the song. He always became emotional when he played it. He wasn’t capable of playing it without crying. If he played it on the radio he’d have to put something on straight afterwards because he wouldn’t be able to speak. When he played it at home, he’d always need a cuddle afterwards.

“We are just really delighted that John is being honoured with this train. He would have loved it!”