Robert Plant to go on the road with Alison Krauss! 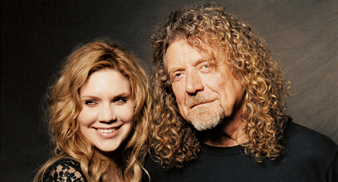 Plant has announced that he is to tour ‘Raising Sand’, his acclaimed collaboration with Alison Krauss.

European dates include Paris, Amsterdam and Norway, and Plant and Krauss will then head out on a US tour in June.

Even though Plant’s newly announced tour puts paid to the idea of a full scale Led Zeppelin tour in the near future, it still leaves one-off appearances such as Glastonbury Festival and Madison Square Gardens free for shows with his old bandmates…

Tickets to see Plant and Krauss, who go on the road with ‘Raising Sand”s musical director T Bone Burnett start from £29.50 and go on sale Friday (December 14) at 9am.

For more information go to: www.robertplantalisonkrauss.com