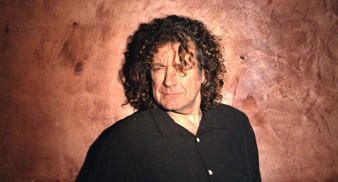 Led Zeppelin frontman, Robert Plant has been honoured by The Queen in her annual New Year Honours List.

Robert Plant accepted a CBE for services to music at the end of a year which has seen much speculation about whether or not he would return to front a reformed Led Zeppelin. The singer has been reluctant to return after the band performed a one-off tribute show in December 2007 at the O2 Arena.

Plant has most recently been touring with country singer Alison Krauss and the pair won a Mercury Muisc Prize nomination in 2008 for their bluegrass collaboration ‘Raising sand’.

Saxophonist Courtney Pine is another musician who also becomes a CBE in 2009.

Other people on the list of 966 hounours include Discworld author Terry Pratchett and Formula 1 racing driver Lewis Hamilton.