Deluxe edition will arrive 40 years after the original debuted... 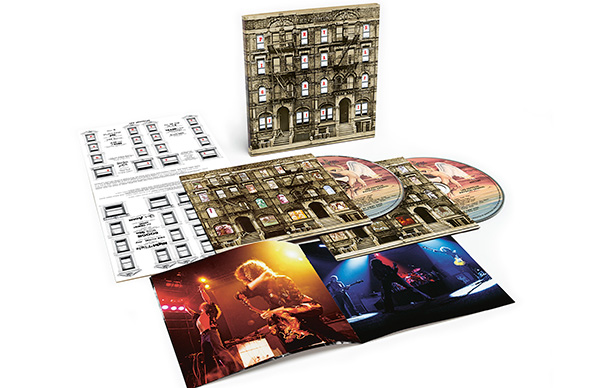 Deluxe edition will arrive 40 years after the original debuted…

Led Zeppelin have confirmed details of the next installment of their reissue campaign.

The deluxe edition of the group’s sixth studio album, Physical Graffiti, will arrive 40 years after the original debuted on February 24, 1975.

As with the previous deluxe editions, Physical Graffiti has been newly remastered by Jimmy Page and is accompanied by a disc of companion audio comprising previously unreleased music related to the original release.

Physical Graffiti will be available February 23rd from Atlantic/Swan Song in the following formats:

The track listing for Physical Graffiti is:
Disc One
“Custard Pie”
“The Rover”
“In My Time Of Dying”
“Houses Of The Holy”
“Trampled Under Foot”
“Kashmir”