The guitarist says it's been 'exhilarating' 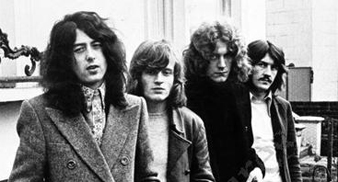 Led Zeppelin guitarist Jimmy Page has been speaking about the band’s secret rehearsals for their forthcoming one-off reunion show next month.

Speaking to BBC news, Page explained that it was ‘tough’ keeping the reunion secret prior to the official announcement in September.

He said: “We wanted to see how well we’d be playing together and once we played it was without doubt we wanted to do it.

“The hardest thing of having anything to do with Led Zeppelin is getting together and rehearsing without anybody finding out about it.”

The guitarist has also again reiterated that the band have been shocked by the sheer demand to see them play at the Ahmet Ertegun tribute at the 02 Arena.

He said: “We were pretty confident it would sell out on the first day but the demand was totally overwhelming,” said Page. “I don’t think anyone expected that demand in their wildest dreams.”

The concert takes place at the O2 Arena in London on December 10.

Uncut.co.uk will be at the show, bringing you news to you as the show unfolds.