'2 Hearts' will be the first single from forthcoming album 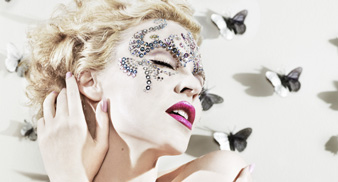 Kylie Minogue has announced that she is ready to release her “killer comeback” single ‘2 Hearts‘ through Parlophone on November 5.

The track ‘2 Hearts’ has been written and produced by London-based electro four-piece Kish Mauve and conveys Kylie’s electro-dance direction on her new album due for release on November 22.

The as-yet-untitled album is the singer’s tenth studio album. Kylie has collaborated with several DJs and artists over the past eighteen months, including Calvin Harris, Groove Armada and Scissor Sisters.

Kylie is also to appear in the Christmas special of BBC TV sci-fi drama Doctor Who. For more details about ‘Voyage Of The Damned’ click here.