Kings Of Leon, members of The Strokes and The Black Keys join forces for Tom Petty tribute show

Kings Of Leon, members of The Black Keys and The Strokes joined forces for a Tom Petty tribute show in the US last night (November 14). The concert at Los Angeles' El Rey Theatre also saw acts such as Har Mar Superstar, Eagles Of Death Metal and Hollywood star Johnny Depp performing tracks by Petty and his band the Heartbreakers, reports Rolling Stone. 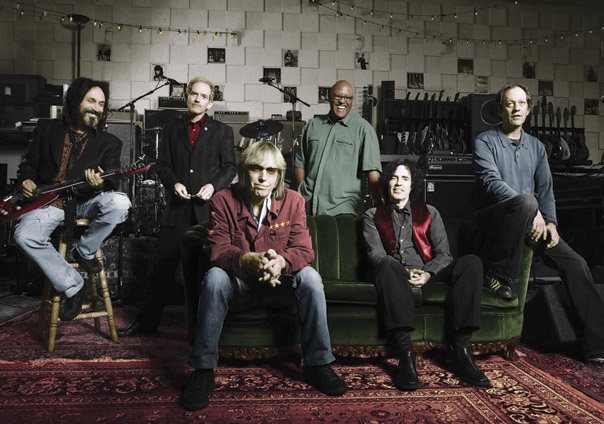 Kings Of Leon, members of The Black Keys and The Strokes joined forces for a Tom Petty tribute show in the US last night (November 14).

The gig saw The Black Keys drummer Pat Carney and Ke$ha team up with the Cabin Down Band for a cover of “Last Dance With Mary Jane”. Actor Depp also later stepped up to perform guitar during six of the covers alongside actors and comedians such as Sarah Silverman, Justin Bartha and The Perks of Being a Wallflower star Mae Whitman. No members of Petty’s band played any tracks despite rumours they would in the build up to the show.

The concert was wrapped up by members of The Strokes, with guitarists Albert Hammond Jr. and Nick Valensi performing “I Need To Know” and “King Of Pomona”. Valensi and drummer Fabrizio Moretti also did a take of “American Girl” before all the acts performed “Free Fallin'” at the end of the gig.

All proceeds from the show, which was the first of back to back gigs, will go to the charity Sweet Relief and victims of Hurricane Sandy.