3xCD set also features a number of their concert-opening "soundscapes" 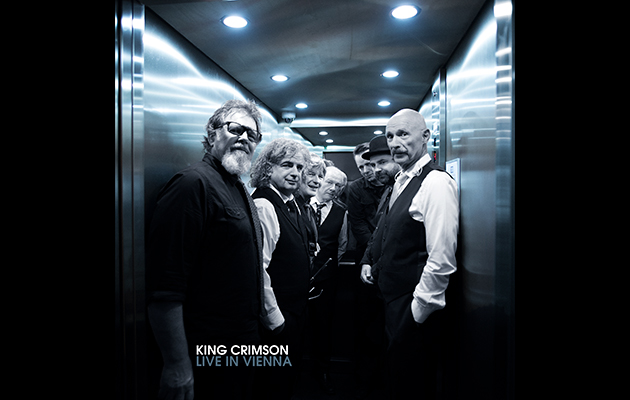 The 3xCD set features the entirety of their performance from MuseumsQuartier, Vienna, on December 1 2016, plus a rare live recording of the 1974 song “Fracture” captured in Copenhagen a couple of months earlier. CD3 also features three new edits of the “soundscapes” that King Crimson used to open their sets throughout the tour.

Live In Vienna, 2016 was previously released in Japan, but without the additional material. The full tracklisting is as follows:

Disc One:
First Set: (Vienna, 2016)
1 Walk On: Soundscapes: Monk Morph Music Of The Chamber
2 Hell Hounds of Krim
3 Pictures of a City
4 Dawn Song
5 Suitable Grounds for The Blues
6 VROOOM
7 The Construkction of Light
8 The Court of the Crimson King
9 The Letters
10 Sailors’ Tale
11 Interlude
12 Radical Action II
13 Level Five